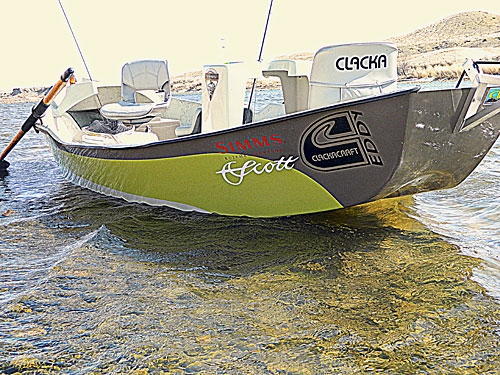 Here are five reasons why the Clacka EDDY is the best driftboat on the river.

1) The wider rocker-ed stern on the EDDY allows the boat to be held in faster current. The wider stern and larger tunnel cause more lift. You can feel this when you row the boat. The harder you row, the more lift you get.

2) On larger volume rivers the rocker-ed stern and larger tunnel allow the EDDY to float over large boils and eddy fences that will cause instability in a conventional driftboat.

3) With the wider stern and larger tunnel the EDDY is more stable with a big load such as larger clients and motors.

4) The EDDY also motors like no other boat. The wider more stable stern does not let the bow come up as high when the boat is under power.

5) The EDDY comes standard with a bench seat for the oarsman. You can upgrade to the 360 interior (see below) that allows the anglers to walk thru. No more climbing over the oarsman's bench seat while changing fishing positions. 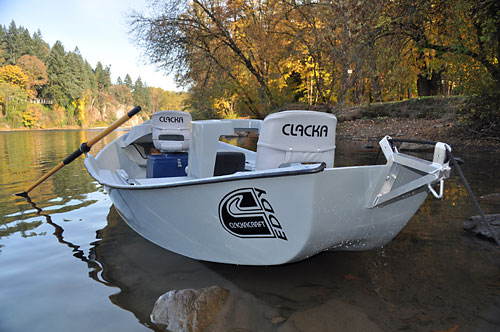 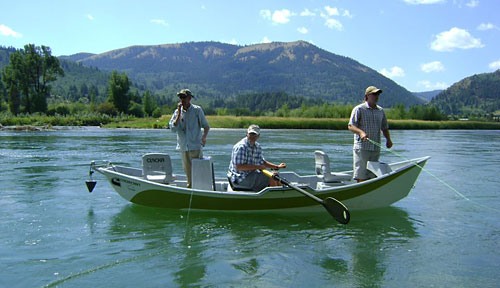 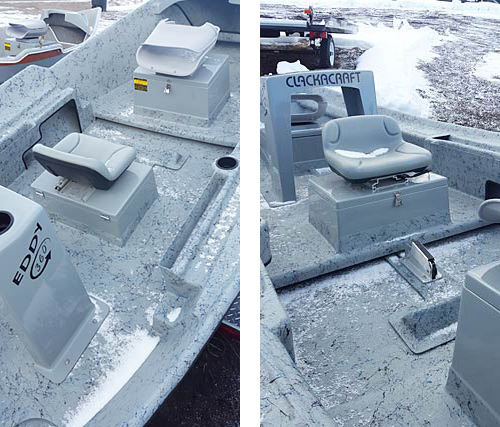 Some of the Ones
That Got Away

Mountain Driftboat is owned and operated by Gary Beebe, a 28-year fly fishing guide veteran. Gary has guided in Montana, Idaho, Wyoming and Colorado. Because of Gary's personal knowledge of the rivers in the West, he can help you pick the driftboat that will be right for you.